I had the pleasure of being invited to this prestigious Member Guest golf event at The Colonial home to PGA’s oldest standing tour event and a club rich in tradition. My host my good friend Aaron Grieshaber – Marcelo Lopez also joined me as is the case in many of our promo Tours as we call them hosted by the one and only Tom Bates – a true Texan Legend !
The Colonial Cup is played over 3 rounds an is a 2 ball best ball format. Bets were all on after Calcutta night and with 92 teams participating and lots of single digit golfers this looked like a tough few days.
The course was in great shape despite things looking a bit messy as the Club prepared for the upcoming PGA Charles Schwabb event at The Colonial end May. The Weather was not looking good and Day 1 was interrupted with 2 inc downpour needing to complete the round the following day – that said Aaron and I despite hitting the ball well posted a 4 over pay 74 – 3 putts abound on the treacherous Colonial greens ! With the leaders at -7 we were last in our flight and way back overall ! Round 2 was a gem as both Aaron and I had under par net rounds which included a 72 yard hole put on the 12th by me and a number of 1 putts – 61 net was our total and that was the lowest of the day and in fact turned out to be the lowest or the Colonial Cup 2019. Now we had moved up the leader board and we were still 4 strokes off the lead in our flight and 7 overall – another low score was needed on day 3
After a great Colonial Cup party at the Club with 2 live bands on Friday night we were ready – we doubled our individual bets with Bates and Marcelo versus whom we were now only 2 behind. Aaron started well and I lent a solid hand here and there and we made the turn 3 under par both making birdies on the 18th. It was not easy going with Aaron’s putter sloppy and my irons wide of the mark – I made an important par save on the 1st and Aaron played  the next few holes very solidly indeed and bought the team home as he shot a 75 gross and we posted a net 64 ( one off lowest of the day) . With a Total of 198 net 11 under par we won the US Open Group of 24 players thanks to our low round of day 3 breaking a 3 way tie for 1st.
We had 2 great caddies in Benny & Don both TCU Football players – thanks Coach Gary for setting that up and also for the Masters golf shirt.
Beating Bates and Marcelo always has a special flavor as was the case this weekend and coming from last to first in the group was a great effort – well done Aaron. And all of this with not one Cigarette nor a drop as I continued my #5keveryday #nobooze #nosmoking drive !! Feels great ! 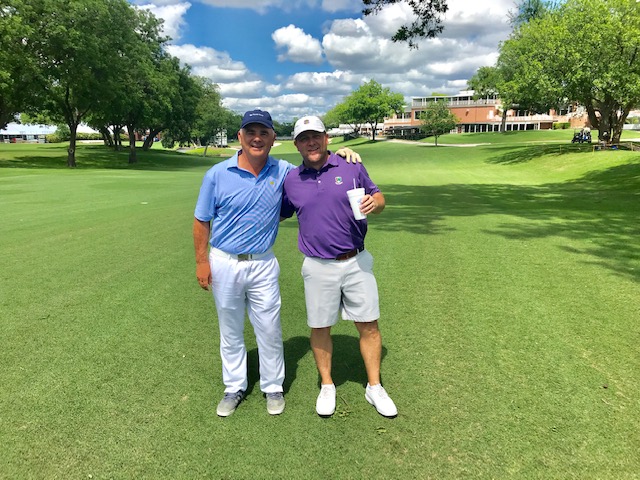 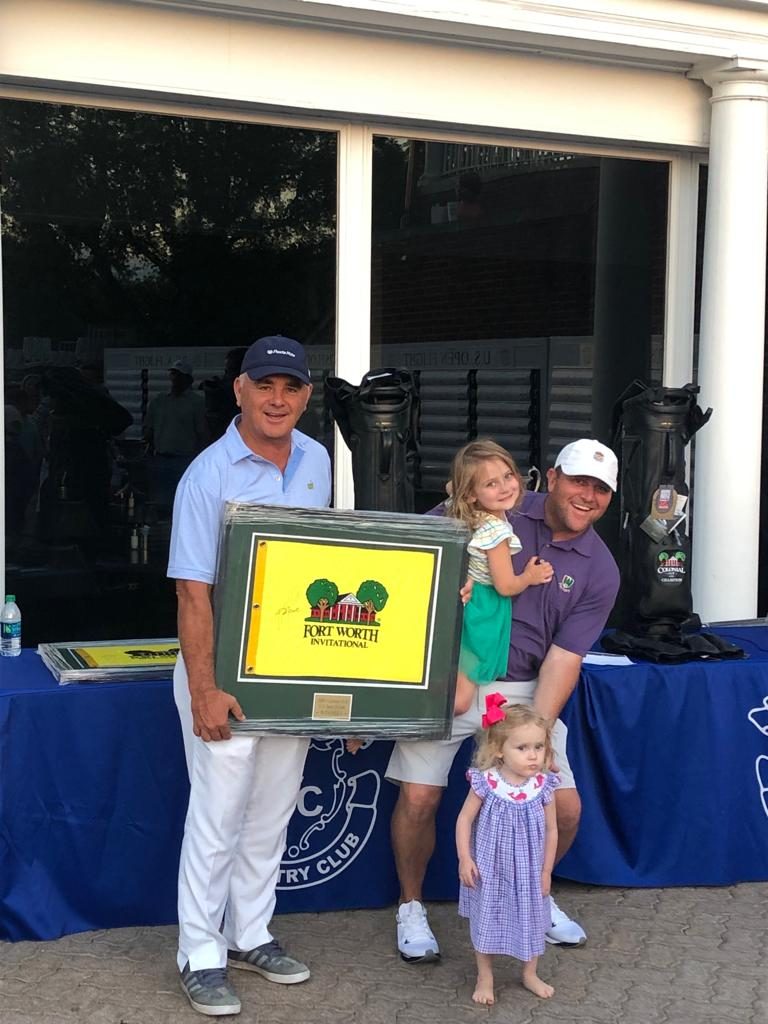