Tasting tacos in Punta Mita is like sampling tequila—so many flavors and even more ways to experience them.

Let’s say there are three taco experiences to consider. Beach tacos offer the casual setting and the view. Restaurant tacos are often inventive and nontraditional. Street tacos are like stepping onto a local porch and eating with family. Each has its own inspired flavors, garnishes, and character. Local prices range from $1.30 to $8.50 US per taco.

While corn tortillas are authentic, flour tortillas pair well with the subtle flavors of shrimp and fish. If you’ve ever taken a bite of a soft corn tortilla that fell apart, sending a tasty mess all over your lap (not a good experience from your beach chair) then you know why flour tortillas can be more practical. But freshly-made corn tortillas unmistakably add flavor that enhances any filling. In the beach taco category, Mita Mary Boat Bistro uses flour tortillas (you can request corn) for
their grilled Camarón tacos. A bit of char adds flavor to the tortilla and complements tender San Blas shrimp. Topped with crunchy cabbage, sriracha mayo, and dots of avocado crema, the side of pickled onions is perfection. Kupuri Beach Club has a grill right on the beach offering four corn tortilla taco varieties. The Arrachera Flank Steak with a dollop of guacamole and salsa is pretty darned tasty (grab a bunch of napkins). 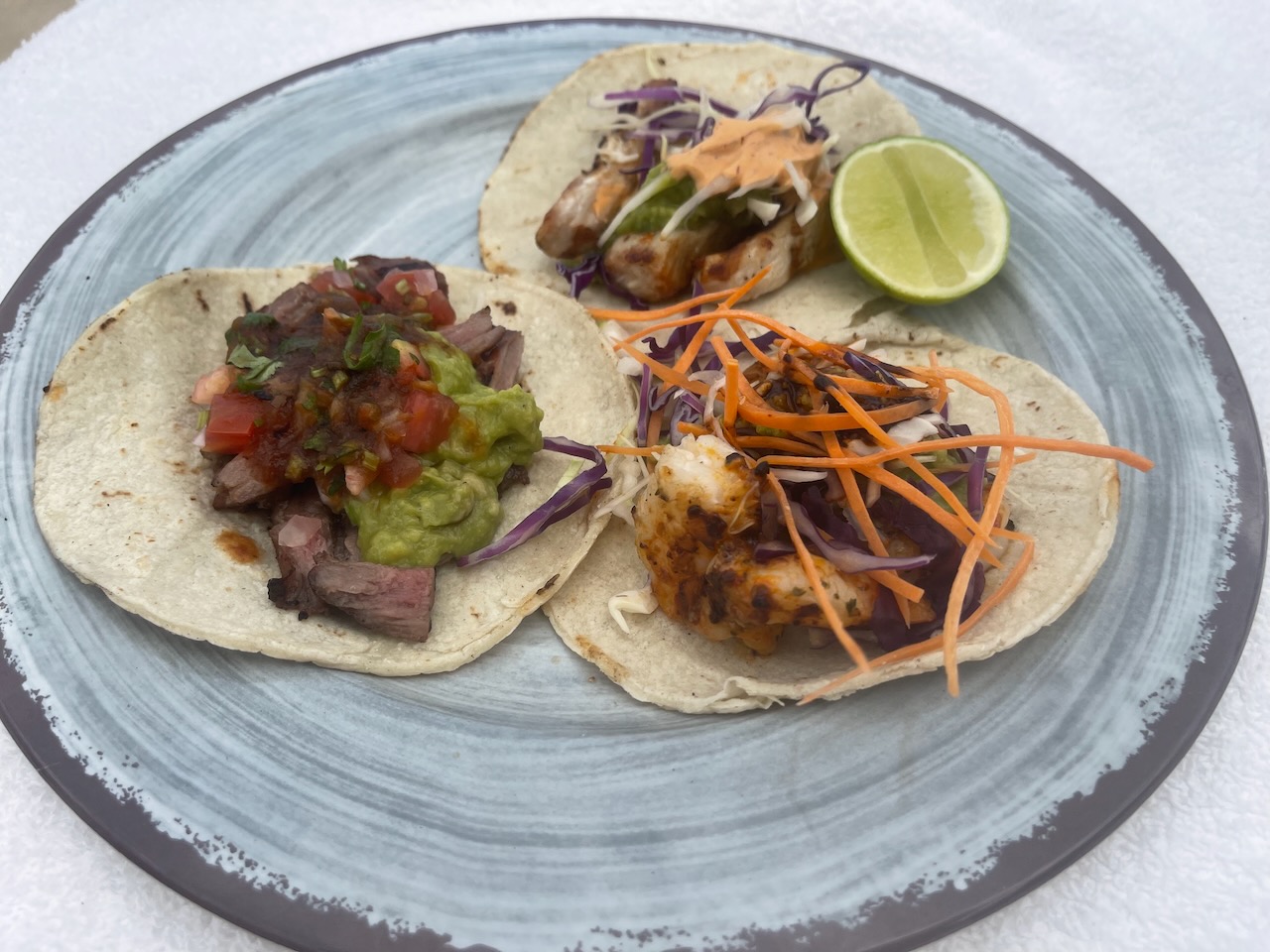 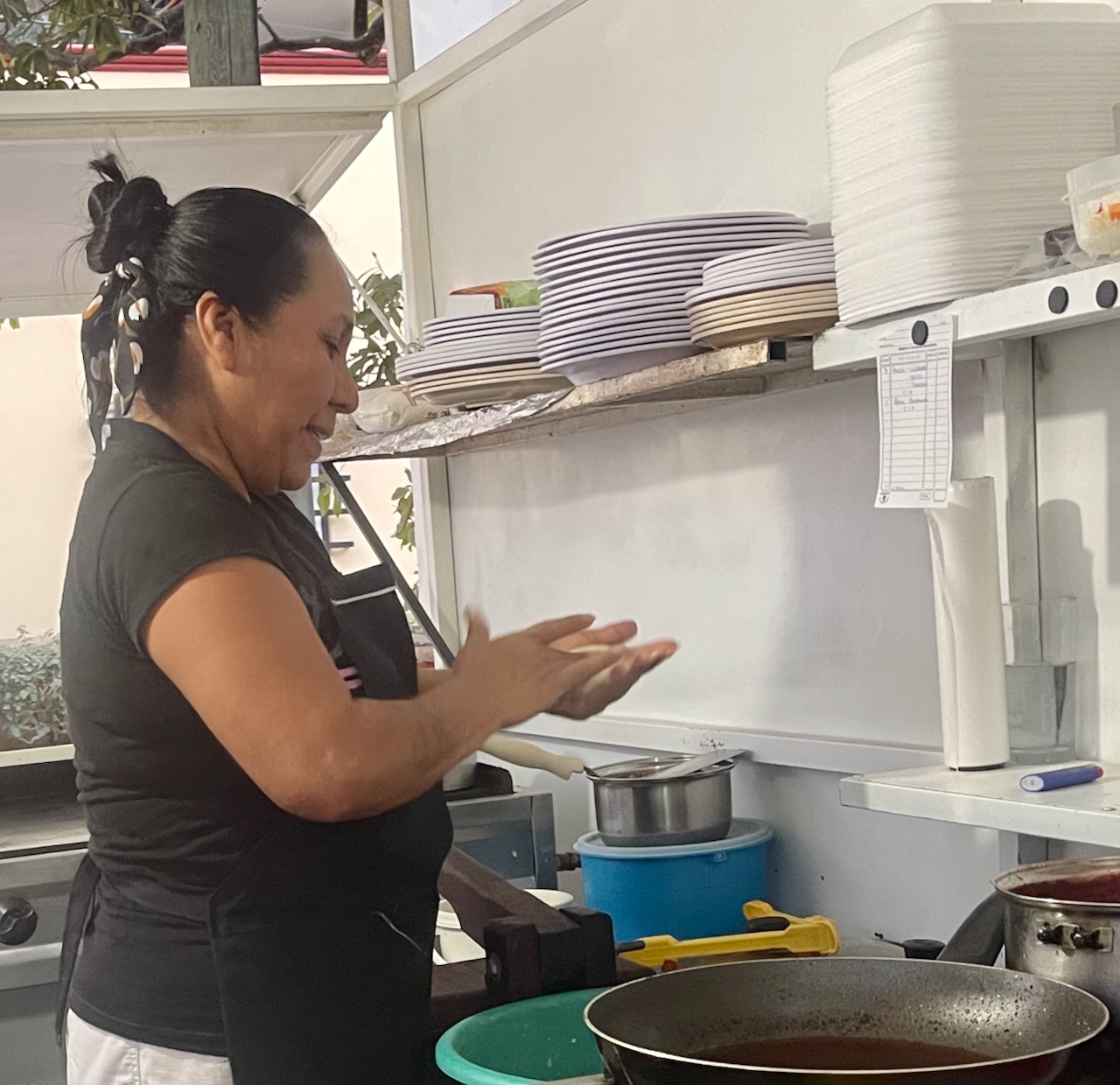 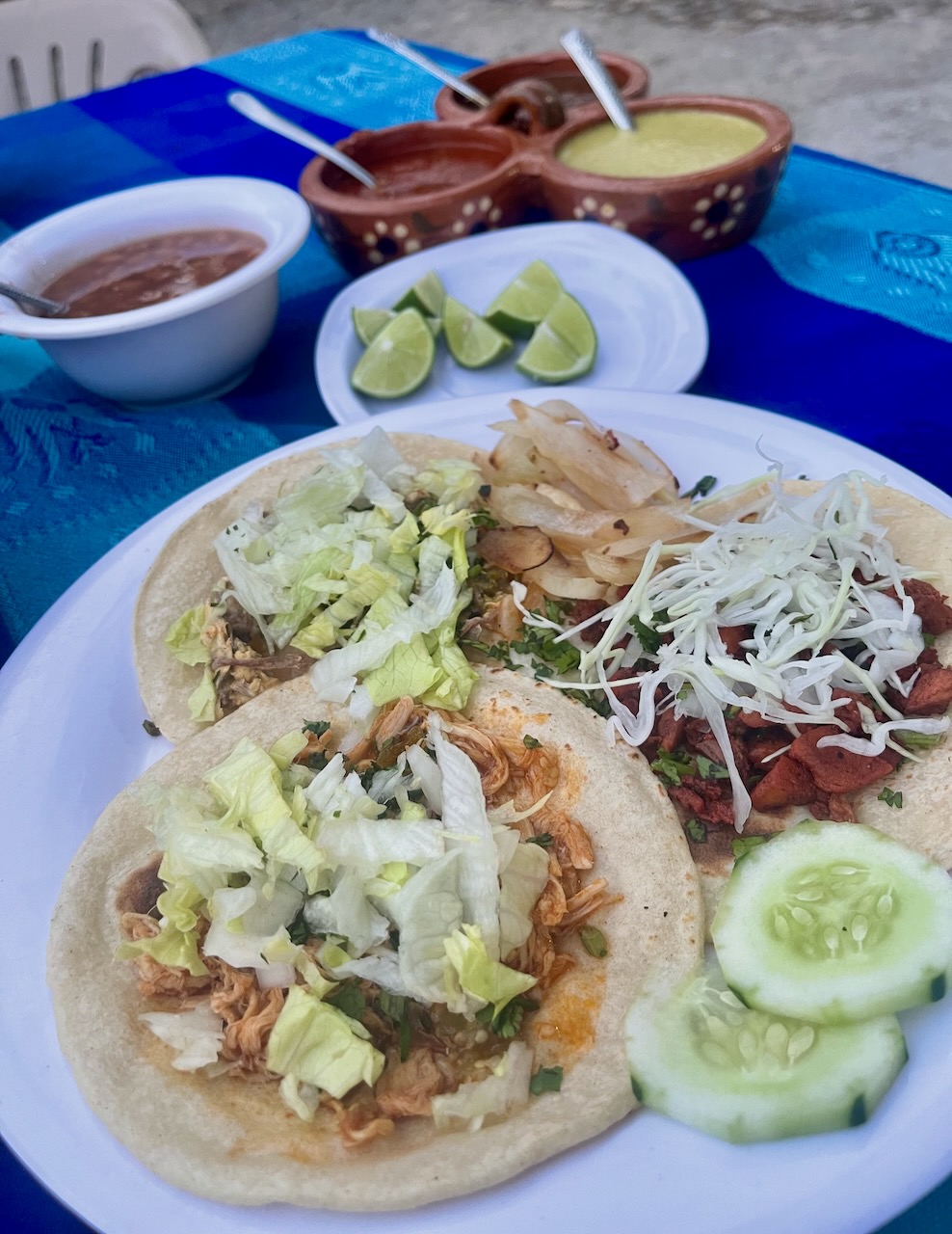 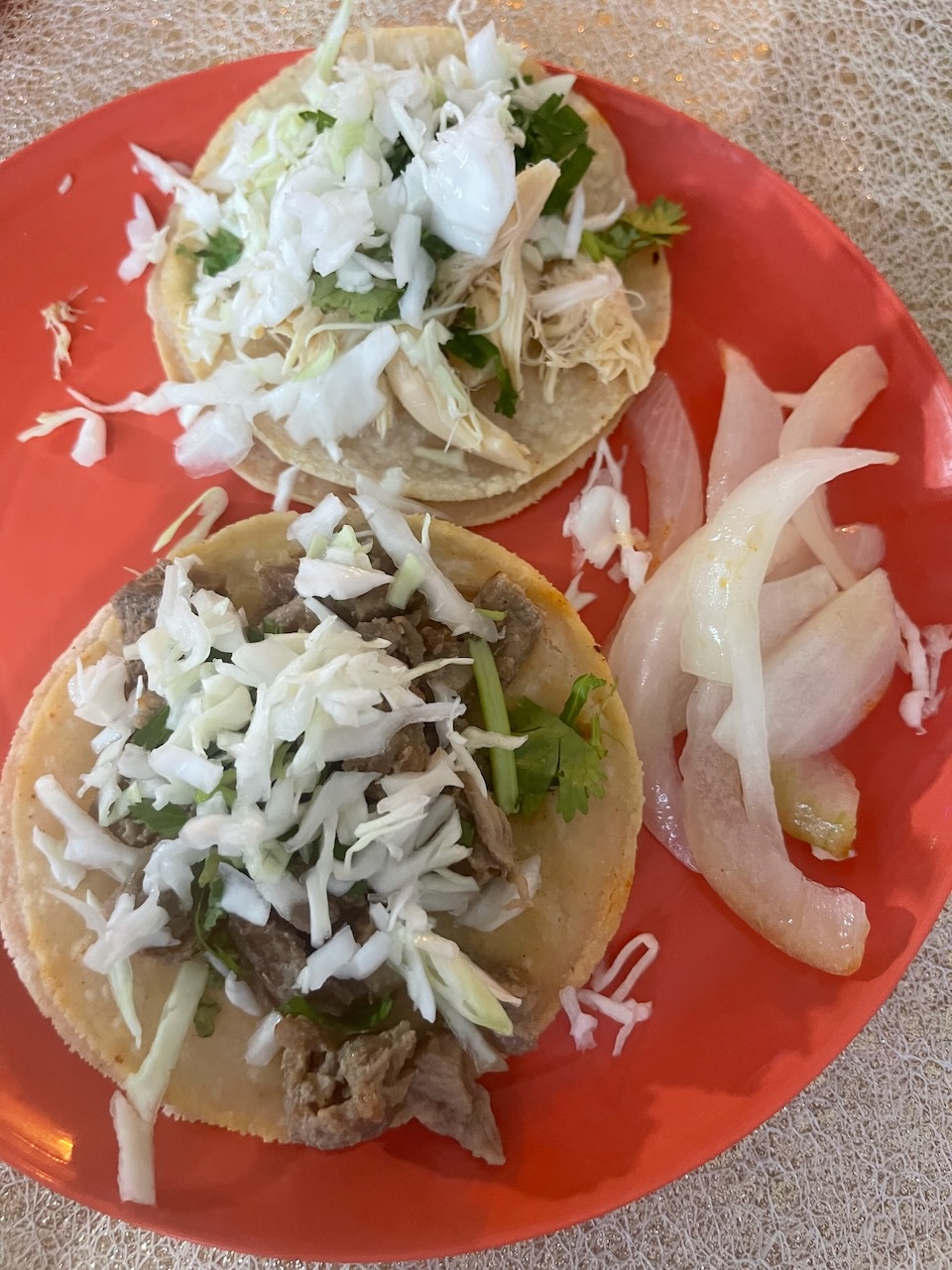 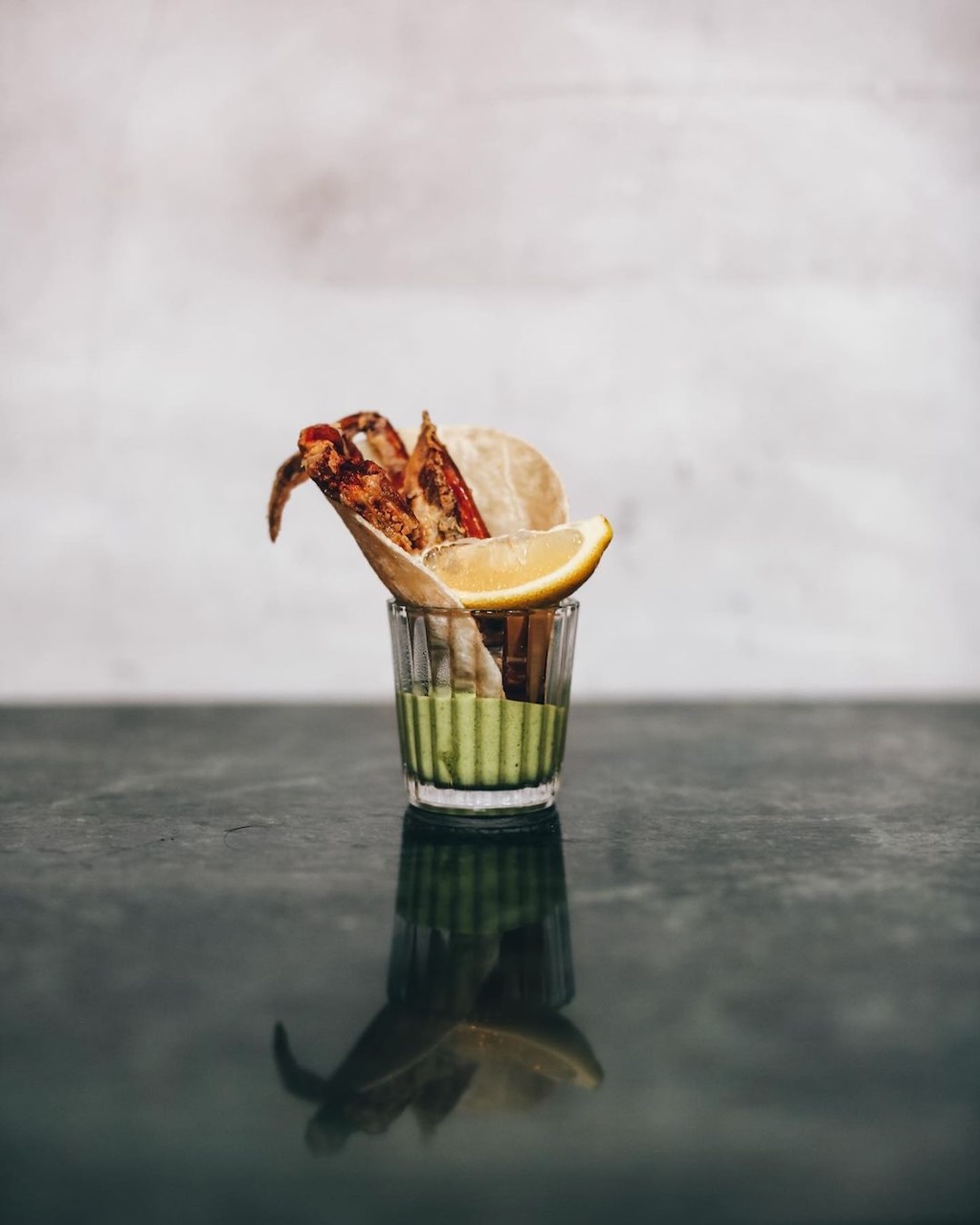 Among restaurant tacos, La Rustica Mita serves an inspired bite: the Soft Shell Crab Taco starter. Served in a shot glass over an avocado chili sauce, just squeeze the lemon, dip and down it. Tuna Blanca serves a Confit Suckling Pig Taco that is sublime. But I’m going with La Cabaña for the win with Baja Style Fish Tacos: three to a plate, piled high with chunks of lightly fried mahi mahi and freshly-made pico de gallo. Look for two house-made sauces: the red squeeze bottle is hot chili; the yellow is sweet mango. Use both! Local tip: join your Punta Mita neighbors there on Tuesdays for a casual dinner on the second floor—we’re all there for tacos and more.

There’s controversy in the street taco category between Norma’s and Teresa’s, both just east of town. Some say Norma’s is more authentic Mexican; others prefer Teresa’s. Both are neighborhood gems where you feel welcomed like family (but they don’t serve drinks so bring your own). Corn tortillas are pressed on site and toasted on the flat-top. Be sure to ask which of the many house-made sauces is the hottest. Norma’s serves an amazing Birria Taco (beef marinated in adobo). Teresa’s Adobada Tacos are equally tasty but quite different.

Last, La Picara is a Tacos Al Pastor spot that sets up most nights near OXXO in town, convenient for workers catching a bus home at night and locals who can’t get enough of this amazing taco style. Hours are random but not before after 8 p.m. Look for the glow of the “trompo” or rotating cone of stacked marinated pork, topped with a chunk of roasting pineapple.