Cypress Point Golf Club is considered one of the toughest tee times to get in the world of golf. Former US Vice President Dan Quayle is a frequent visitor to Punta Mita and I always get a few rounds in with him on those visits over the years since my days at The St Regis. Dan is a member of a number of the most prestigious Clubs in the US including Cypress Point so when he offered to get me on I had no hesitation at all in putting together a Foursome for a few rounds in Carmel highlighted by the round on Cypress Point

I invited my good mate from my days in Argentina Marcos Gunn who as a Member of Pine Valley has invited me on a number of occasions to another temple of Golf along with my good friend from Punta Mira Hugo Martínez and his compadre Mauricío Morales.
We stayed ar the Lodge at Pebble beach and golfed 36 holes over 3 beautiful sunny days in the Carmel area. What a golfers paradise I found myself in !! It began with Cypress Point ; followed by Pebble Beach which we played twice , Spyglass Hill, Teamara Clint Eastwood’s club and finally Monterey Peninsula South Course with Dan himself.

It was an unforgettable 3 days with 3 great guys some memorable shots low scores and high scores and while Hugo won the bets it really did not seem to matter somehow such was the feeling of being privileged of just being there, in golfing heaven, good mates , great weather, some good food and plenty of red wine.
Hugo has been handed the baton of getting a round on Augusta in the meantime I have since begun motivated by this amazing trip on a Journey to play as many Top 100 Courses in US / World as I can over the next few years. 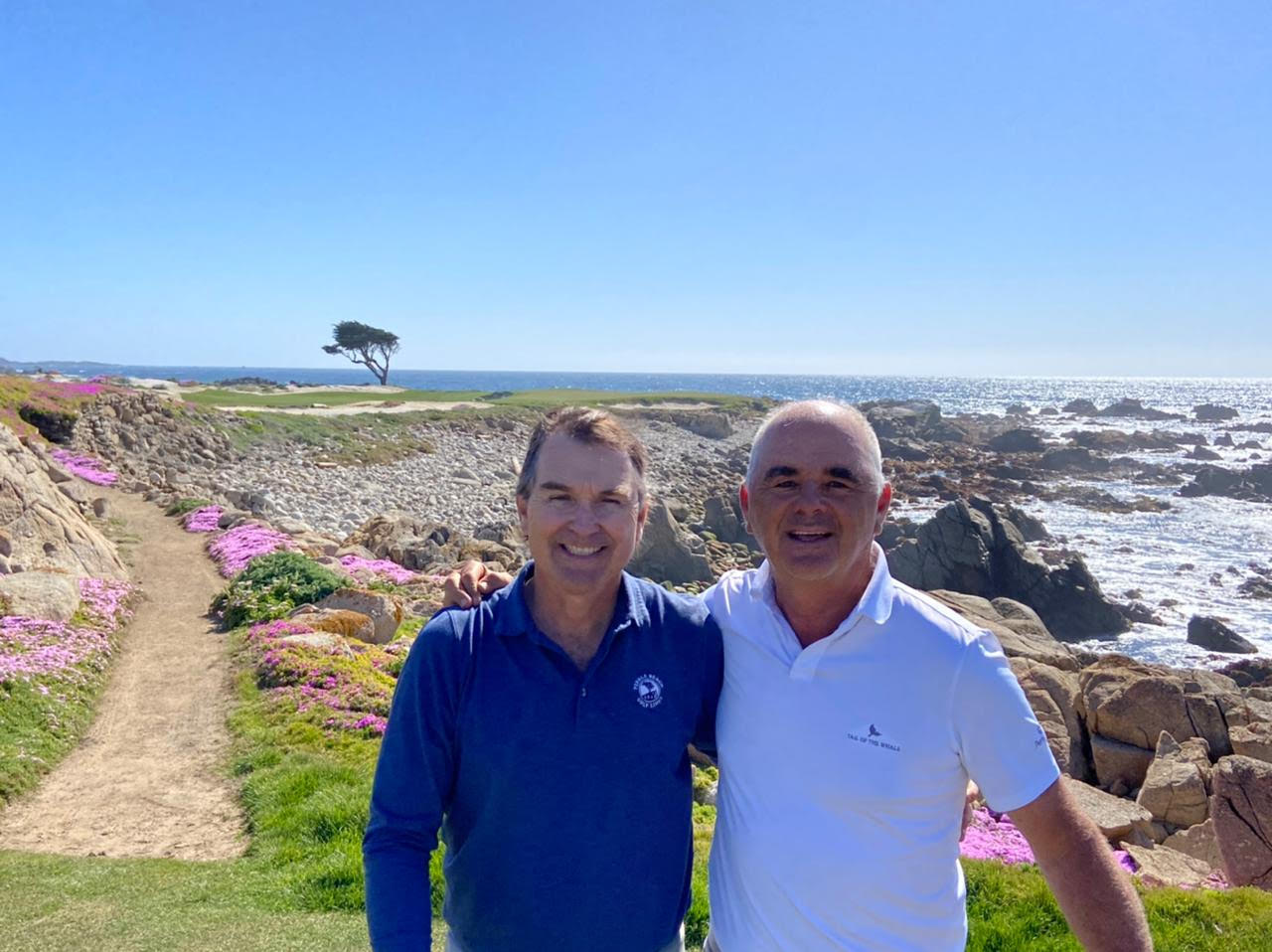 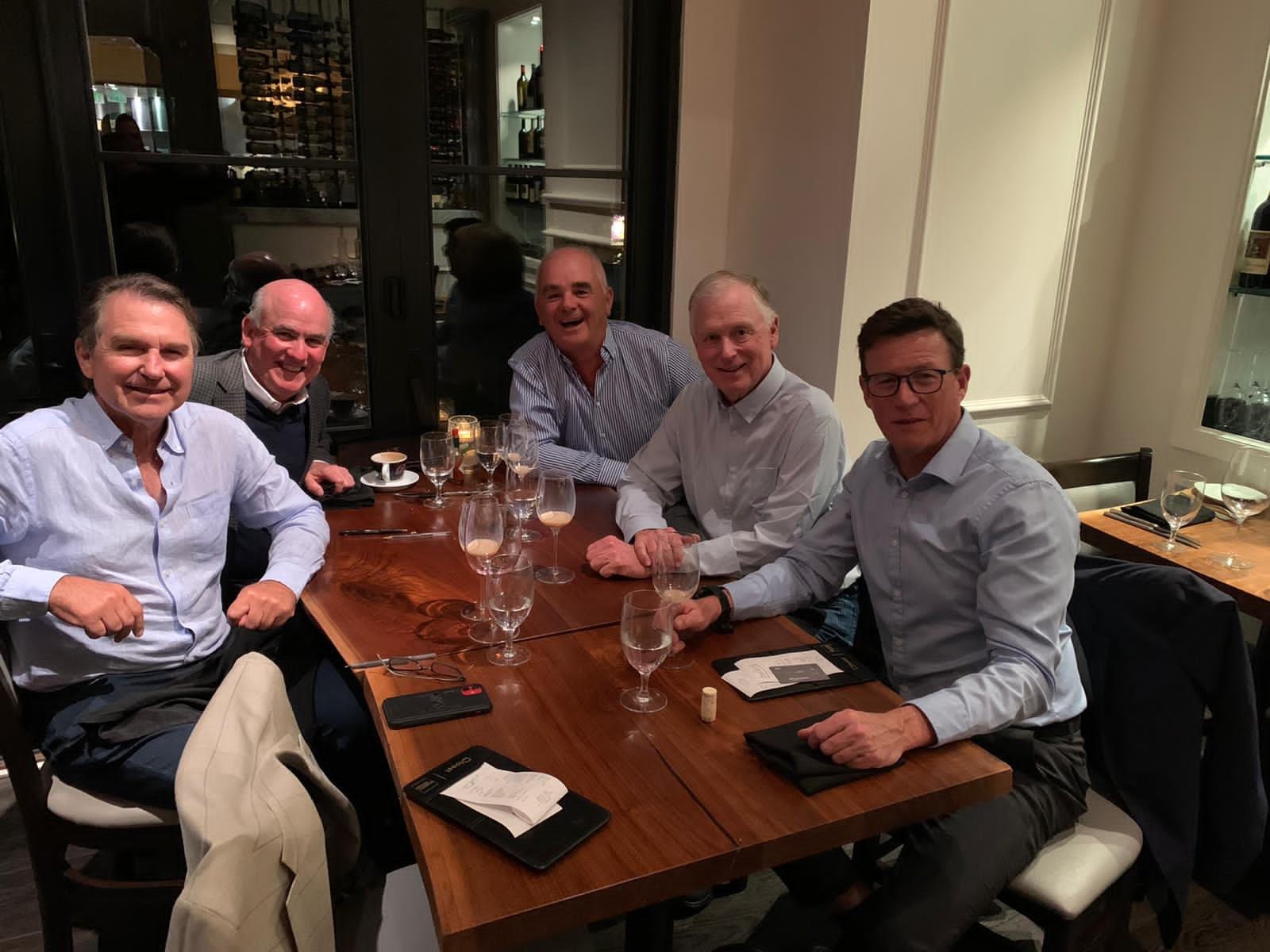 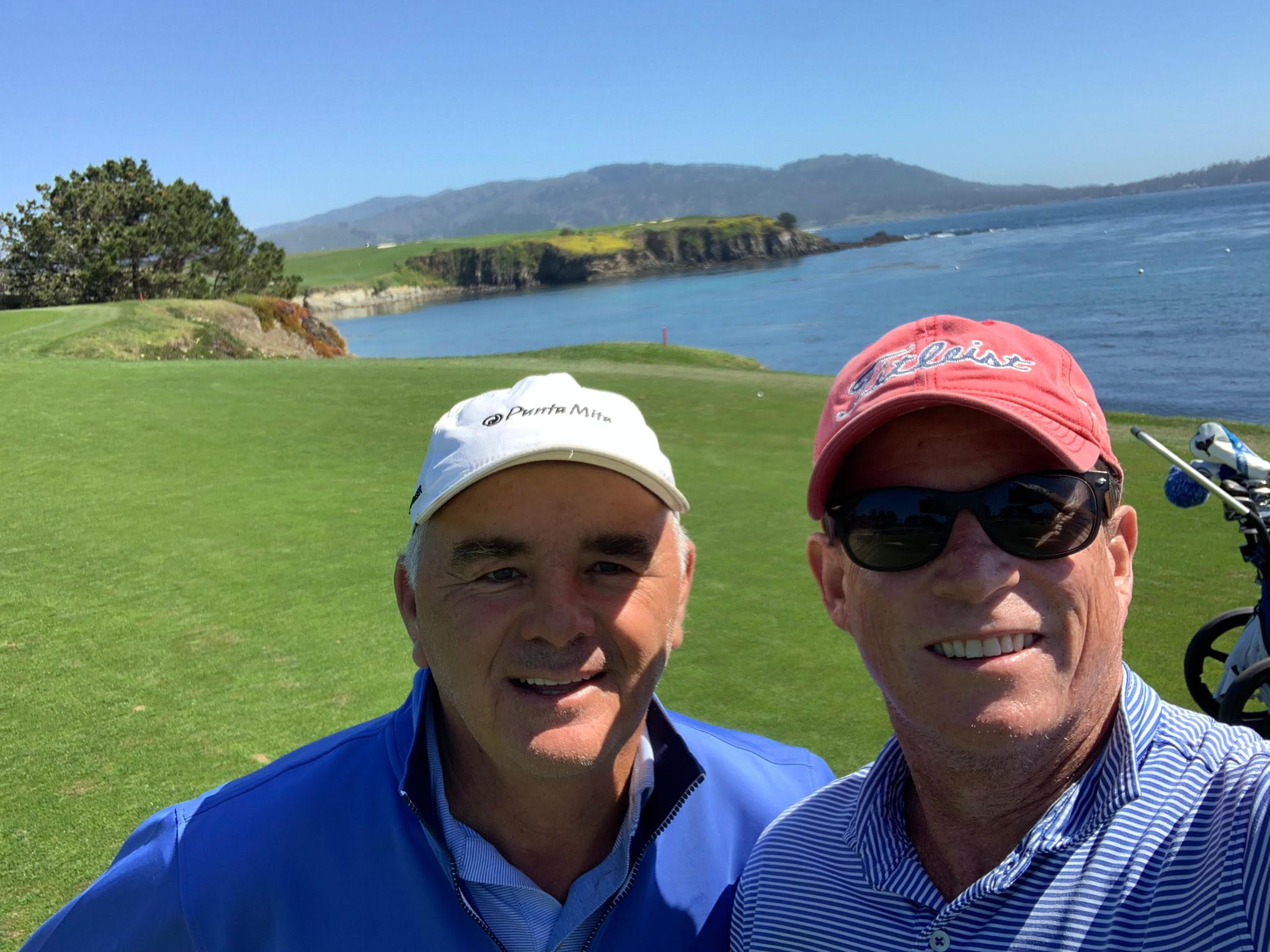 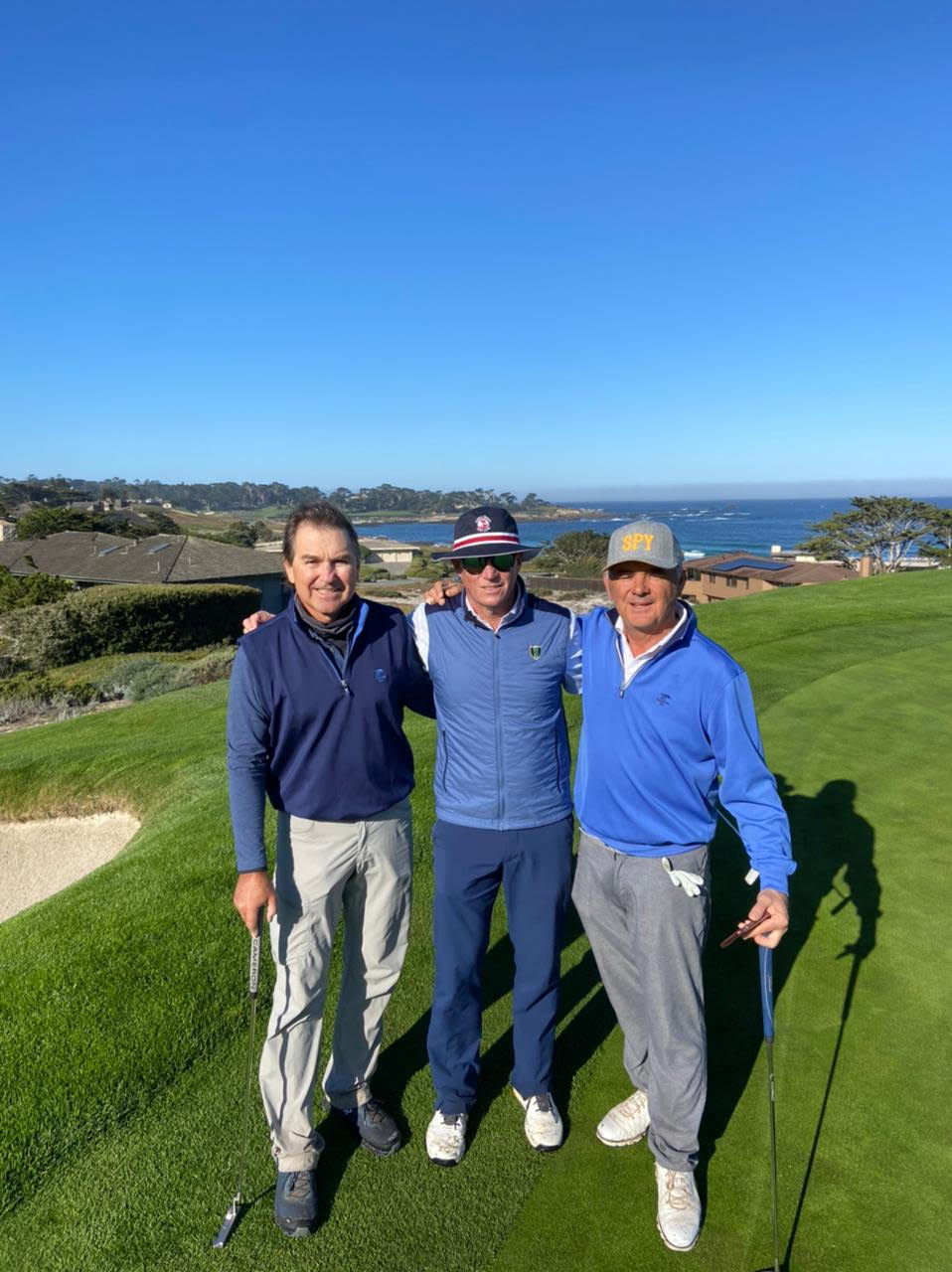 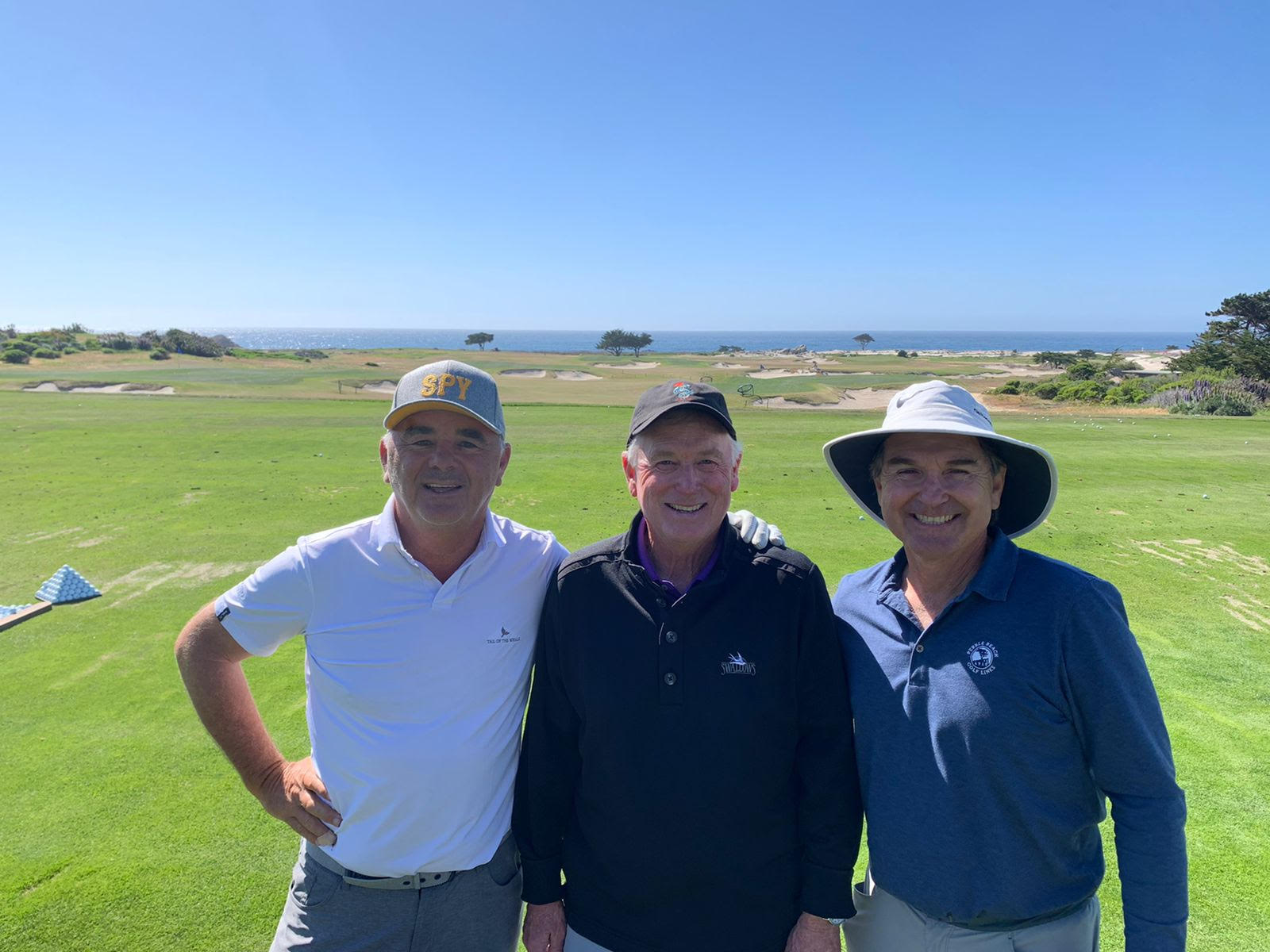